Fiorucci on your body, Fiorucci in your bookcase. Coinciding with the label’s relaunch, iconic publisher Rizzoli have debuted the most comprehensive account of Fiorucci’s history to date. Captured across 192 technicolor pages, Elio’s most celebrated collaborators recount Fiorucci’s legacy in all its hedonistic glory. Marc Jacobs, Maripol, Madonna mentions and more. 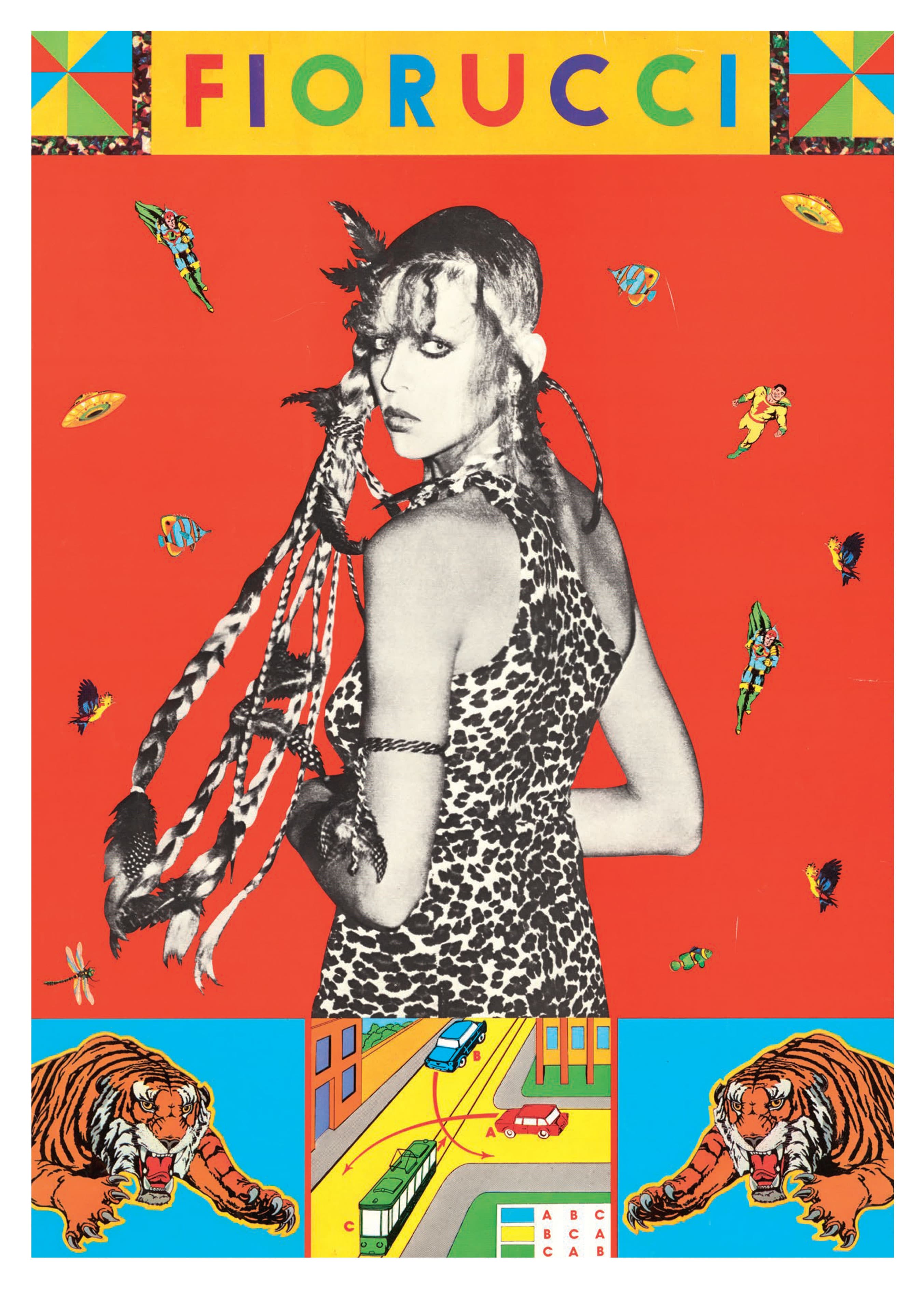 In the age of the influencer, this book shows us what that word really means. Ask anyone, and they have a story about Fiorucci. In her foreword, Sofia Coppola remembers her first encounter with the brand at its 5th avenue store. “Those were the women I wanted to grow up to be: confident, arty, mysterious and fun.” It worked for her… and Marc Jacobs, also a teenage worshipper at the Fiorucci altar. “I was living with my grandmother in New York City, and I wanted Fiorucci jeans so badly,” Jacobs recalls. “I spent the entire summer of my fifteenth year hanging out at the store.”

Alongside Jacobs and Coppola, the book features exclusive interviews from some of the brand’s most illustrious fans, in conversation with David Owen, founder of Idea Books. Terry Jones, Maripol, Oliviero Toscani and more. Fans whose influence spans generations, just like Fiorucci. Longtime devotee and Soulwax frontman David Dewaele recounts his obsessive collecting of Fiorucci memorabilia, whilst Maripol recalls a little known singer called Madonna taking to the stage at one of their unforgettable parties. 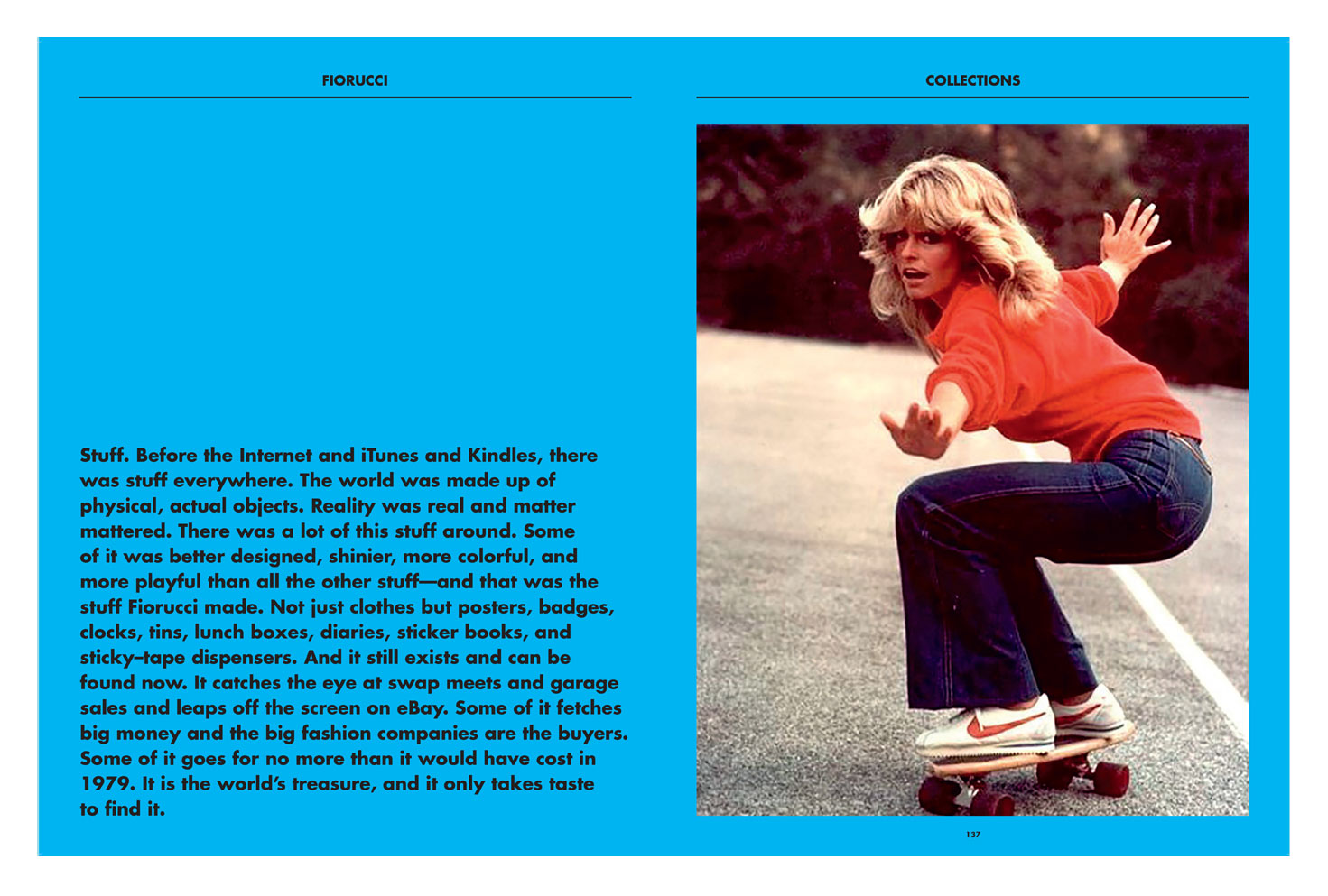 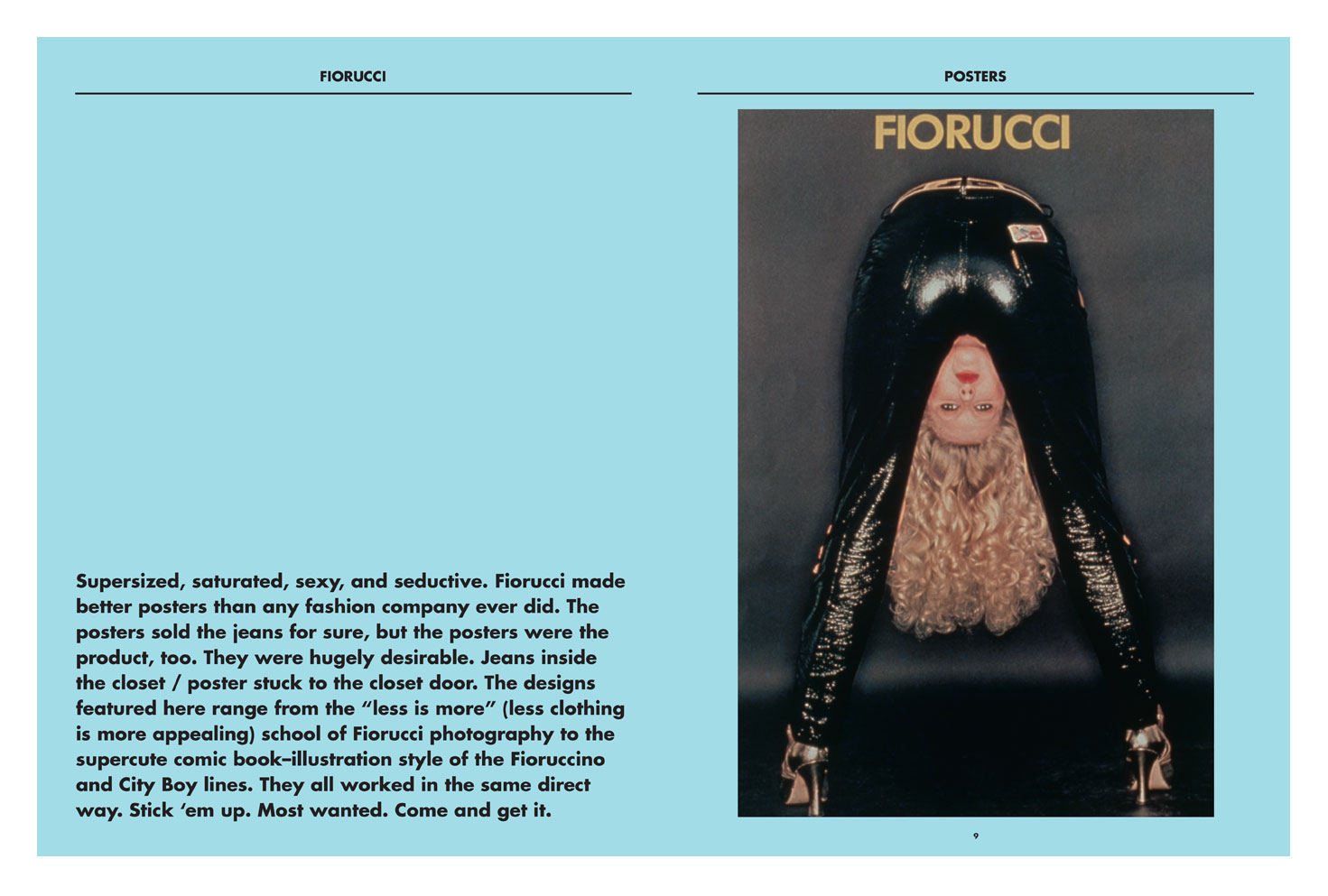 But it’s not just about the chit chat. Rizzoli’s book is bursting with technicolor graphics and design inspiration, iconic images from the brand’s electrifying visual archive. The logo is reinterpreted dozens of times over, shapeshifting across the pages in a colorful swirl of energetic design. Pages and pages of archived Paninaro stickers, graphics and campaign imagery; cartoons, logos, typefaces. A must have for any design mind.

Also: bums. Fiorucci’s imagery was always cheeky, celebrating one distinctive feature in countless different ways. Find enclosed a celebration of the posterior, immortalized in posterity. Bums in jeans, bums in shorts, or the most controversial - bums in no clothes at all. Caution - contents hot!

Buy it for yourself, buy it as a gift. Brighten up your bookcase …but expect it to be borrowed. Fill your life with Fiorucci, starting here.